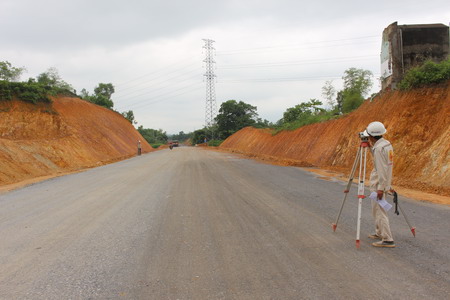 These days, on the construction sites of the route Thai Nguyen – Cho Moi (Bac Kan), the construction company is trying its best to complete the project in October, 2016. The investment and construction road projects Thai Nguyen – Cho Moi; and upgrading and expanding Highway 3 have a total length of 65km. The projects are invested in the form of Build - Operate - Transfer (BOT), due codeshare of Construction Corporation No. 4, Tuan Loc Construction Investment Joint Stock Company, Truong Loc Construction Investment and Trade Joint Stock Company as an investor with a total investment of more than 2,700 billion. Until now, approximately 90% of the workload on the whole route has been completed. This is extra-budgetary transportation projects is being implemented in the province with the largest total investment ever, when projects completed will bring economic – social significance, create motivation to inter-regional development for 2 provinces Thai Nguyen and Bac Kan. Together with the transport sector, an investment project outside the budget in transport sector has recently completed and put into using is Project Thai Nguyen Central Bus Station by the Thai Nguyen Transportation Joint Stock Company as an investor with a total investment of over 50 billion. The project is designed to replace the Thai Nguyen Bus Station  which is overloaded and located in urban areas, often causing traffic jams. Besides, the relocation of the old bus station has left the land fund and the assets on land for Thai Nguyen province to attract investors thereby contributing to change the face of Thai Nguyen City.

Along with the viewpoint of attraction social resources for traffic infrastructure  development of the provincial leaders, local authorities in the province are promoting the implementation of this issue. Before 2014, after years of operation,  the old suspension bridge Ha Chau (Phu Binh) has severely deteriorated despite of repair and renovation, causing unsafe for people and vehicles on the bridge. Facing this situation, Phu Binh district have been actively looking for new sources of investment to build the bridge; because of the limited budget, district’s leaders have invited Song Dien Joint Stock Company, which had experience in building Dong Lien suspension bridge (also in the district), to discuss about the construction of a new suspension bridge in the form of Build - Operate - Transfer (BOT). By early 2015, work has been completed with a total budget of 14 billion, in which the budget capital of Phu Binh District accounted for 15%, Hiep Hoa District (Bac Giang) accounted for  15% and the capital of investors accounted for 70%. Along with  Ha Chau – Dong Tan suspension bridge, the suspension bridge projects as Dong Lien (Phu Binh), Thai Son (Pho Yen), Hoa Thuong (Dong Hy) is also carried out in the form of BOT. The completed suspension bridge over the Cau river projects have a very important meaning, ensure the safety for the people across the river sides and contribute to developing trade. 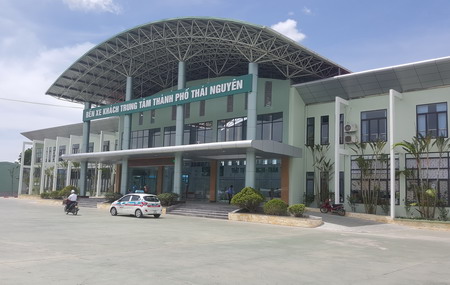 In addition, the mobilization of social resources for the development of transport infrastructure also clearly reflected in the construction of rural roads under the new rural construction. In the 5 years from 2011 to 2015, Thai Nguyen province upgraded and renovated thousands kilometers of rural roads, in which the State supported cement with the cost only accounts for 25-30% of the total investment, the remaining are contributed by the people. The mobilization of extra-budgetary capitals for the construction of infrastructure projects, especially in transport infrastructure have been effective, met the requirements for production and improve the living conditions of the local population.

Boosting the mobilization of social resources for infrastructure development 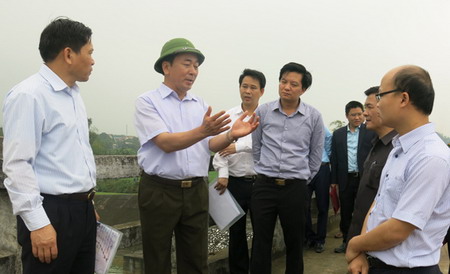 (Mr. Tran Quoc To, member of the Party Central Committee, Party Secretary field surveys the two sides of Cau river to monitor the situation and direct the implementation of urgent projects to build flood protection system combining the improvement of urban infrastructure on both sides of the Cau river, Thai Nguyen city (photo: baothainguyen.org.vn))

Mr. Vu Hong Bac, Deputy Secretary of Party Committee, Chairman of People Committee said that, along with transportation projects, Thai Nguyen province will accelerate the mobilization of social resources for other economic – social infrastructure development; besides, the province will always a companion remove difficulties for enterprises when implementing projects. From the facilitation of administrative procedures to do well the work of clearance, reciprocal resource mobilization, supporting infrastructure construction, labor supply, ensure security and order ... Currently, the province is taking proposed steps and implemented some major projects by non-budget capitals, in the transport sector is a complete investment projects new Highway 3 Hanoi – Thai Nguyen, standard 4-lane highway and the speed of 120 km/h under BOT; Project 5 Ring Road - capital region, the highway section from  Hanoi - Thai Nguyen to the Noi Bai - Lao Cai in the form of PPP; in the field of tourism and services  is the project Ho Nui Coc national tourist zone connected to ATK Dinh Hoa historic sites are built by Xuan Truong construction enterprise; in the field of urban infrastructure is urgent projects to build flood protection system combining the improvement of urban infrastructure on both sides of the Cau river, Thai Nguyen city due codeshare of Investers of Phuc Loc Group - Corporation construction traffic 8 – JSC made project proposals in the form of PPP combines BT; in the development of parks and Industry zones, the province continues to grow Industrial Zones as Yen Binh, Diem Thuy ... implemented by Yen Binh Investment and Development JSC and other investors. Along with the province's economic development, the investment in social infrastructure is set out, the province will increase the investment resources for infrastructure of health, education, social housing ... in which focusing in increasing the mobilization of extra-budgetary resources and the investment. Chairman of People’s Committee confirmed that next time continue, the province continues to strengthen attracting investors which have financial resources and experience in implementing projects to invest in locallities and  review, withdraw the projects which behind schedule. In the process of implementing the projects, the province will focus on ensuring harmony interests between the State – the people and businesses.

Believing with the determination, dynamism and creativity of the provincial leadership, the participation drastically of the industries, localities, investment projects in the province will be developed actively, effectively; contribute positively to the sustainable economic - social development of the province. 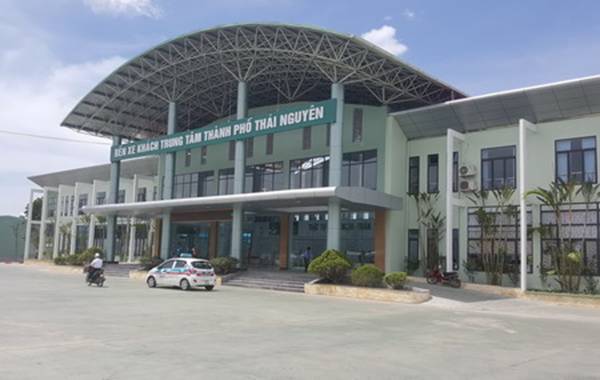