Thai Nguyen is a provincial city of Thai Nguyen province, ranked at the third largest city in the North after Ha Noi and Hai Phong, a 10th populous city nationwide and a center of the midland region and northern mountainous region. Thai Nguyen has become a city since 1962 and it is seen as an industrial city 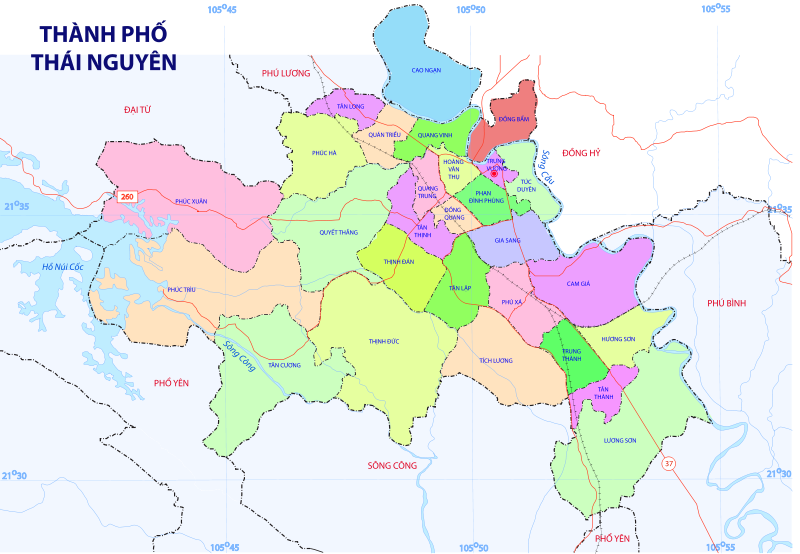