Song Cong city is an administrative division that was officially established under the Government’s Decision No 113/ QĐ-HĐB, dated 11/4/1985 (recently upgraded to city)

Song Cong city is located in the northern midland, lying between the mountains and the northern plains, with many waterways, Highway No 3, Hanoi - Thai Nguyen highway and Hanoi - Quan Trieu railway route. After 30 years of construction and development, on May 15th 2015, the Standing Committee of the National Assembly issued the resolution of the establishment of Song Cong City which is directly under Thai Nguyen province. 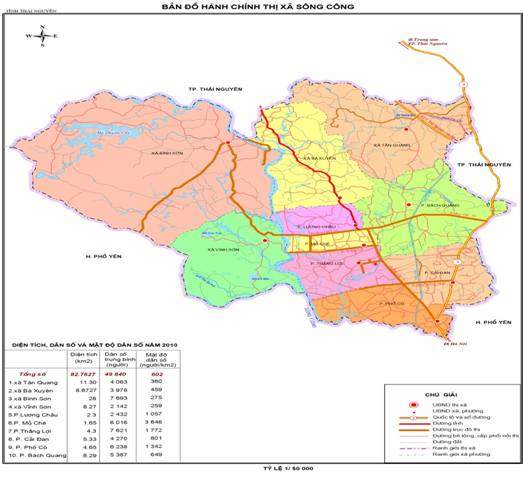